"From Me to You" is a CD project containing 5 songs of the Moody Blues which I recorded with 2 friends, Marco van Moorselaar (Guitars and backing vocals)  and Jeroen Everwennink (Flute). The remaining parts (lead and backing vocals, guitars, bass, percussions and bluesharp) where performed by me. It was a present for my dad's 51st anniversary because he was a big fan of the Moody Blues. The challenge was to let the songs sound like the original but in my own way. 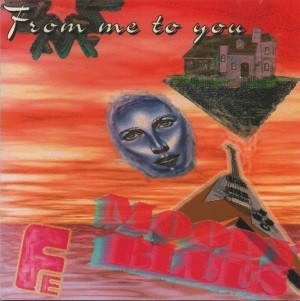